Education should be an attainable goal for even the most disadvantaged. That's why we're here.

The first Executive Director and co-founder of Educate Tomorrow was born into a family of eight children. Virginia Emmons McNaught, Melanie Emmons Damian, Mary Emmons Dhanji, Melissa Emmons McCarthy, and Lucy Emmons Spoerk understood first-hand the struggles of poverty and abuse. Early in life, they recognized that to break their own family cycle, they desperately needed education. With encouragement from their mother and grandmother, each went to college and walked the path to success. Upon graduating from UW Platteville, Virginia Emmons dedicated her life to service.

The roots of Educate Tomorrow as an organization began in Niger, West Africa in 2000. Immediately after college Virginia joined the Peace Corps and lived in the village of Kabey Fo from 2000-2002. She served with the United States Peace Corps directing famine relief and educational initiatives in Niger. Virginia built the infrastructure of the first regional elementary school and health clinic, reaching back to her family for financial support from America. While Virginia worked in Niger, the other Emmons sisters raised funds to support education for disadvantaged youth.

The international program started with one first grade class in 2001 and is now a full elementary school with more than 60 students.  In 2007, when the youth began to graduate from the elementary school, the US Peace Corps in Niger arranged for their previous property to be deeded over to Educate Tomorrow to begin a boarding house in the town of Kirtachi where a Nigerian middle school already existed.

Once Virginia returned to the United States, she moved to Miami and worked at the Miami Rescue Mission. Virginia lived near her sister Melanie, who became the attorney advocate for Guardian ad Litem and Lawyers for Children America. She represented a family of foster youth boys, the eldest named Antonio. Melanie mentored Antonio and after much hard work, Antonio successfully graduated from high school. When asked about his future at the time, he responded:

Based on her own experience, Melanie knew Antonio’s success depended on higher education. As a lawyer, she questioned whether foster youth were systematically denied education.  Melanie and her colleague Melissa Damian searched for answers and found a remarkable chance for foster youth: Florida State Statute, Chapter 39, 409.1451, referred to as the Road to Independence Scholarship or RTI.  The RTI is a state program that offers a tuition waiver to any public Florida college and a living stipend equivalent to a full time minimum wage job, approximately $1,300 per month in 2009, to any former foster youth under 23 enrolled in school full-time.  Furthermore, youth who had been adopted or raised by relatives were also entitled to the tuition waiver. At the time, very few foster youth in Miami-Dade County utilized RTI.  The bureaucratic system made it very difficult to obtain, and post secondary education institutions did not accept it.

In light of this amazing opportunity and a desire to continue their existing work abroad in Africa; Virginia, Melanie, and the other sisters set in motion the founding of Educate Tomorrow via a grassroots movement to advertise Road to Independence financial assistance and advocate for foster youth’s independence through college education. With this new support, they continued funding their academic and health initiatives in Africa. The sisters, Melanie; a lawyer, Lucy; a teacher, Mary; an event planner, Melissa; a high level strategic planner, and Virginia; a non-profit consultant, joined together to lay the foundation for a program to facilitate the educational advancement of disadvantaged youth. 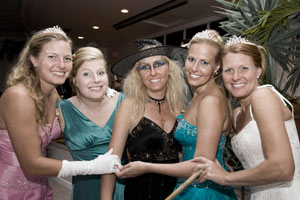 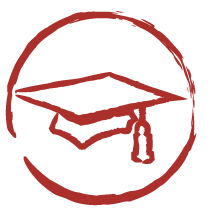 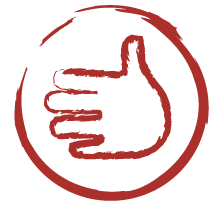 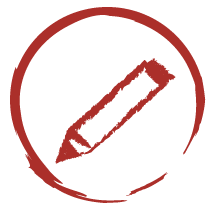