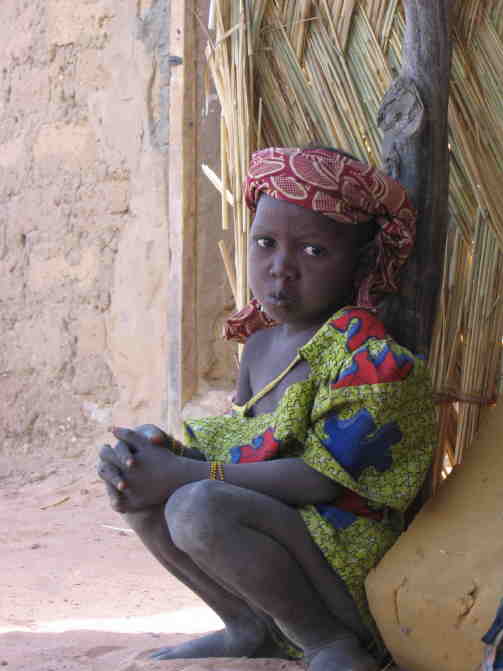 These figures paint a bleak picture, and when you consider the health status of the country, the image does not improve.

Niger also has one of the highest fertility rates – 7.9 births per woman. Infant mortality rate is 154 per 1000 live births and the maternal mortality rate is reported at 590 per 100,000 live births. Niger is a country where many basic needs go unmet, and the region of Kirtachi is no exception. It is true that poor conditions exist across the country, and Kirtachi is not unique in that respect. What is unique is the support they receive or rather lack thereof. Currently, other than Educate Tomorrow, there are no non-governmental organizations working in the area and governmental support is also limited. This lack of interest stems from the region’s geographic isolation. There are no major markets or industry of any kind in the region. The road to Kirtachi is unpaved and in terrible condition, and it dead-ends at Kirtachi, affording absolutely no through traffic. All of these conditions severely limit visitors – be they tourists, NGOs or the Government itself. And in a country with problems as ubiquitous as Niger , visibility is directly related to the level of attention received. Although educational opportunities have been slowly improving across the country, they are still a long way from achieving 100% primary school enrollment. As stated in the Human Development Report 2005, primary school enrollment in Niger is 38%, but secondary school enrollment is only 6%. According to Niger ’s Interim Poverty Reduction Strategy Paper (2000) the enrollment ratio for girls increased from 20 % in 1990 to 25% in 1998. However, in the 1990’s, only 1% of all students were registered in secondary or vocational school, down from 3% in the 1960’s.The first secondary school was built in the Kirtachi region just last year. This was a great accomplishment, but it still leaves access to secondary school grossly inadequate. Before the school in Kirtachi was built, the nearest secondary school was in the city of Kollo , about 50 km from Kirtachi. There were and are only three ways students could reach the school in Kollo and now Kirtachi:

The only realistic option, of course, is for the student to stay with a family member or friend; however, even this can cause an unfair burden. While the addition of the secondary school in Kirtachi improves access for some purely by geographic proximity, access is still severely limited, especially for rural students. And for those students, the success and expansion of the Kirtachi Dormitory Project is vital.

We Built a School

Fighting slavery and discrimination in Niger